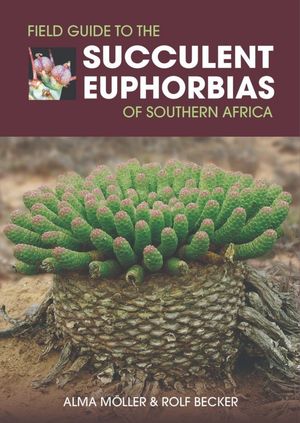 FIELD GUIDE TO THE SUCCULENT EUPHORBIAS OF SOUTHERN AFRICA *

The Field Guide to the Succulent Euphorbias of Southern Africa by Alma Möller and Rolf Becker is a pioneer publication on euphorbias in southern Africa. It is a beautifully illustrated, full colour identification guide that makes it easy for the layperson as well as anybody interested in the flora of southern Africa to identify a particular species.