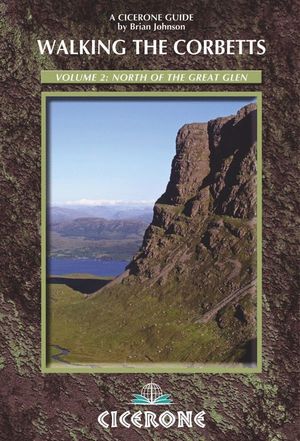 NORTH OF THE GREAT GLEN

The Corbetts – Scotland’s mountains between 2500 and 2999ft in height – are less visited but in most cases more accessible than the ever-popular Munros, and frequently offer better views when the 3000ers are shrouded in cloud. Their lower altitude also means the walks tend to be shorter meaning they can be tackled easily between breakfast and dinner and during the short daylight hours in winter.

However, many of the Corbetts are very remote from road access and will still give a demanding hike. What is more, between many of the peaks listed as Munros, there is little drop, so you can often climb several in one day. By contrast, the requirement for a 500ft drop on all sides between listed Corbetts means that there are few occasions where Corbetts can be linked together. Subsidiary summits of Munros and Corbetts between 2500 and 2999ft high with a drop of at least 30m on all sides are known as Corbett Tops.

Also mentioned in the route descriptions are Grahams, which are mountains between 2000 and 2499ft, and Donalds, which are hills over 2000ft in Southern Scotland. The routes described here are not necessarily for the peak bagger who just wants the shortest and easiest way up the mountain; they’re for the walker who wants the best, most interesting route up the wildest glen or along the most dramatic ridges.

When climbing the scottish Corbetts you will frequently find the only paths are sheep or deer tracks. There are usually good tracks in the glens, maintained by the owners of the shooting estates, but higher up it is only on the most popular Corbetts that you will find well-maintained paths. Deep heather or boggy grass can make for hard walking on the approach to the mountain and steep rocky slopes protect many of the ridges. Unless there are lots of crags, the going is usually relatively easy on the ridges although on some peaks you will have to cope with peat hags or boulderfields.

includes the Northern Highlands, Torridon, Knoydart, Ardgour, Fisherfield, Applecross and also the islands of Mull, Rum, Skye and Harris
divided into 10 sections, each walkable in a fortnight
illustrated with 1:100,000 custom mapping based on OS data