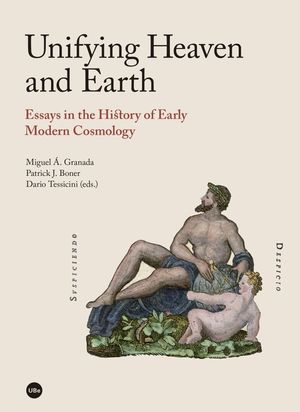 ESSAYS IN THE HISTORY OF EARLY MODERN COSMOLOGY

One of the most significant events in the history of Western civilization was the cosmological revolution of the 16th and 17th centuries. Among the most salient factors in this change, described by Alexandre Koyré as the ?destruction of the cosmos' inherited from ancient Greece, were Copernican heliocentrism and the substitution of a homogeneous universe for the hierarchical cosmos of the Platonic and Aristotelian tradition. Starting with a new approach to the issue of the presence of Islamic astronomical devices in Copernicus' work and a thorough reappraisal of the cosmological views of Paracelsus, the book deals mainly with the abolition of cosmological dualism and the ways in which it affected the decline of astrology over the 17th century. Other related topics include planetary order and theories of world harmony, the cause of planetary motion in the Tychonic world system or the discussion on comets in Germany through the first presentation of a manuscript treatise by Michael Maestlin on the great comet of 1618.