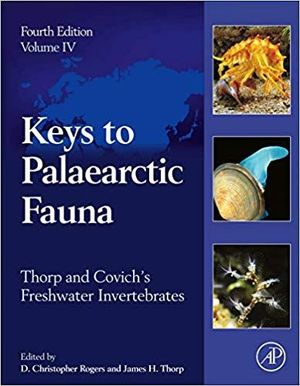 Thorp and Covich's Freshwater Invertebrates: Keys to Palaearctic Fauna, Fourth Edition, is part of a multivolume series covering inland water invertebrates of the world that began with Vol. I: Ecology and General Biology (2015), then Vol. II (2016) Keys to Nearctic Fauna, and finally in Vol. III (2018) Keys to Neotropical Hexapoda (insects and springtails). It now continues with identification keys for Palearctic invertebrates in Vol. IV. Two other volumes currently in development focus on general invertebrates of the Neotropical/Antarctic, and Australasian Bioregions. Other volumes in the early planning stages include Afrotropical and Oriental/Oceanic Bioregions. All volumes are designed for multiple uses and levels of expertise by professionals in universities, government agencies and private companies, as well as by graduate and undergraduate students.

Provides identification keys for inland water (fresh to saline) invertebrates of the Palearctic Zoogeographic Region, from Iceland to Russia, and from the northern Pole region to Saharan Africa in the west, through the Middle East, and to the central China and Japan in the east

Presents identification keys for aquatic invertebrates to the genus or species level for many groups and to family for Hexapoda, with the keys progressing from higher to lower taxonomic levels

Includes a general introduction and sections on limitations, terminology and morphology, material preparation and preservation and references