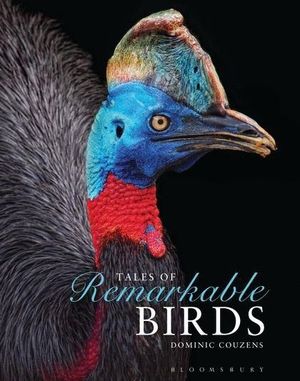 Throughout the bird world, examples of strange and seemingly inexplicable behaviors abound. For example: Why do Male Fairywrens bring flowers to females as a nuptial gift in the pre-dawn darkness? Especially when the gift-givers are not the official mates of the females concerned, but visitors, and furthermore they may give these gifts in full view of the official mate. Why do gangs of White-winged Choughs "kidnap" their neighbors' fledglings and then keep them in their "gang"? Which bird is so big, strong and fierce that stories abound of it killing humans? Tales of Remarkable Birds looks at accounts of murderous Cassowaries and explains just what might have happened. What happens in an albatross "divorce"?

Tales of Remarkable Birds divides the world by continent and takes a series of extraordinary stories from each to illustrate a great diversity of bird behavior. Each continent will have around five or six stories, each described in 1,500 to 2,000 words and examining the truths and the mythology behind each example. An intriguing book from an author with an ability to engage with his audience.