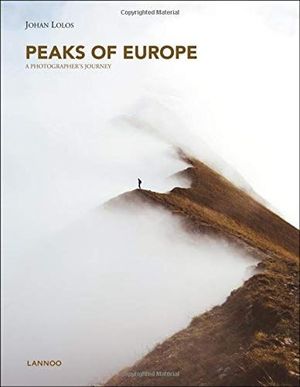 145 days. 17 countries. 1 road trip. 40,000 km traveled. Many people met. Peaks of Europe is not a traditional landscape photography book. It's the result of a 5-month adventure across 17 countries told through the lens of a European travel photographer who took 29 years to finally explore the continent on which in he was born. The book has been designed for a specific purpose: telling the story of a 5-month road trip and what it takes to be living out of a car for several months, with all the good and bad moments. For this project, Johan Lolos wasn't just documenting the landscapes. This book features a series of photos with a focus on the storytelling as much as the imagery. At the end, the people he met were what he remembered most. More than 250 pages featuring 200+ photos, many of which are previously unpublished, take you through three major regions of Europe: the North, the Balkans and the Alps. From the Arctic island of Spitsbergen in the Svalbard archipelago, to Greece's largest island where Lolos walked in the footsteps of his ancestors in Crete, Peaks of Europe showcases the large variety of landscapes that makes Europe so diverse and unique. As a travel photographer with a fascination for human interactions, Lolos has also tried to portray different cultures through all the people he met during his journey.