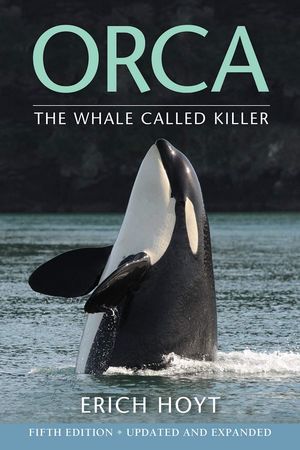 A timely update on a beloved classic. When Erich Hoyt's Orca: The Whale Called Killer was first published in 1981, little was known about Orcinus orca. The largest member of the dolphin family was then considered too dangerous to approach in the wild. That all changed when Erich Hoyt and his colleagues spent seven summers in the 1970s following these intelligent, playful creatures in the waters off northern Vancouver Island. Working alongside other researchers keen to understand the life history of the killer whale, Hoyt's group helped to dispel the negative mythology about orcas while uncovering the intimate details of their social behaviour. This revised fifth edition includes Hoyt's original account, plus exciting new chapters that bring readers up to date on the revolution in public awareness and orca research that has taken place. Hoyt's youthful adventures turned into his life's work. Now a world-renowned expert on whales and dolphins, he shares orca wisdom along with stories gleaned from decades of additional field study in the Russian Far East as well as return trips to Canada's West Coast to visit with the descendants of the killer whales he encountered 45 years ago.