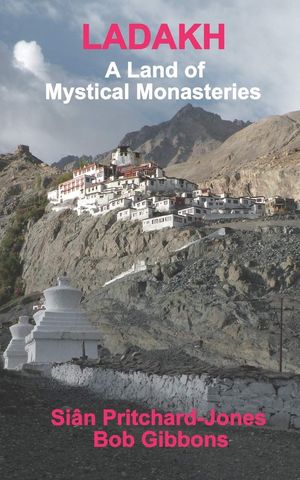 LADAKH: A LAND OF MYSTICAL MONASTERIES *

Ladakh is a wonderland of mesmerising, sweeping vistas. With its barren, rugged mountains, crystal clear skies and inspiring visions of a lost Shangri-La, Ladakh is a very special place. Beyond the Himalaya, on the edge of Tibet, it is a hidden paradise for trekkers, tourists and travellers. Above all, Ladakh is a unique land in which to visit and explore what remains of the Tibetan Buddhist culture. Soaring to the sky and clustered around jagged crags are intriguing, fairytale monasteries. Such places still reverberate with the sound of chanting monks, eerie chambers of silent devotions and the haunting tones of long horns, often heard at the many festivals.Now in its third edition, this book aims to fill the void between casual observation and further knowledge. The fascinating world of Himalayan Buddhist culture can be observed right here, among the magical monasteries of Ladakh.* third edition including the Nubra Valley and Pangong Lake* geography and history of the region* cultural and religious background * monastery plans and maps* details of the Buddhist deities * illustrated with black and white photographs