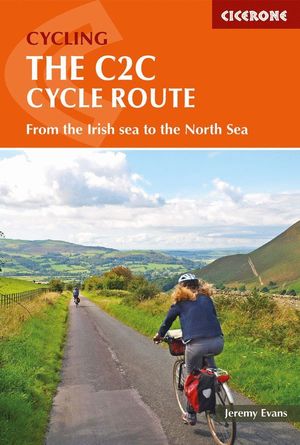 THE COAST TO COAST BIKE RIDE

The C2C cycle route first opened as a formal route in 1994. It is a cyclistãs version of Alfred Wainwrightãs famous Coast to Coast Walk, but follows a shorter route with considerably fewer hills. The route was designed by Sustrans and is now the UKãs most popular long-distance cycle route.

The route in this guidebook is described from west to east, as this is often held to be the ãbestã direction in which to cycle the C2C.

The C2C has two different start and finish points at both ends of the route ã a choice between Whitehaven or Workington on the west coast and Tynemouth or Sunderland on the east coast.

The route can easily be completed in five days by those with a basic level of fitness. If you cycle further and faster, itãs possible to ride from sea to sea in four, three or two days.

Great care has been take to make the Coast to Coast as cycle friendly as possible. Approximately half of the route follows dedicated cycle paths or off-road tracks that are traffic free. Most of the other half follows quiet roads that are particularly well suited to cycling, allowing you to enjoy the ride with minimum stress or danger from traffic.

route described in 5 stages from west to east with variant first and final legs
5 taster routes to give cyclists a flavour of the full C2C
off-road, variant and link routes also included