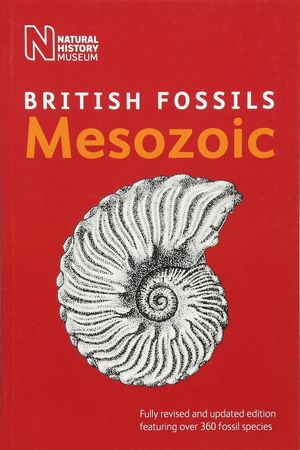 The Mesozoic era ranged from 240 million to 65 million years ago. In British Mesozoic Fossils 365 species from this period are classified and illustrated with accurate line drawings. This new edition has been fully revised and updated by Dr Andrew Smith, Merit Researcher in the Natural History Museum's Palaeontology Department, reflecting advances in our understanding of the fossil record over the past years. The book's 147-page identification section features those fossil animal and plant species that are most commonly found in Britain, from abundant gastropod and bivalve molluscs to those groups, including ammonites and brachiopods, which are now extinct or relatively rare. Each of the species is illustrated with at least one drawing, which is accompanied by details of where it can be found. There is also a brief introduction to the subject, stratigraphical tables that show British Mesozoic rock formations, and a colour map of the distribution of Mesozoic strata.