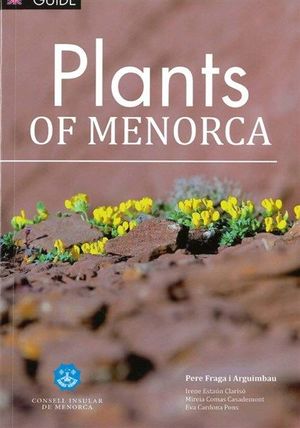 The Mediterranean region covers an extension of some two million kilometres and only represents 1% of the surface of the plantet, but 20% of the vascular flora of the whole world are found here. For this reason the Mediterranean is considered to be one of the principal hotspots of biodiversity on earth. In this region, the island territories combine diversity with exclusivity. They are small worlds with exclusive species, the endemics.

At the same time, the Mediterranean has been the cradle and passing point of varying civilisations and cultures. The human presence here is almost as antique as the climate that characterises the region. This is so much so, that it is difficult to separate the Mediterranean landscape and human activity.

Menorca, as a part of the Balearic archipelago, and situated in the centre of the western Mediterranean, is a very good example of this conjuction of circumstances. The flowes and plants of the island also brin together and help in their understanding.

And this is the spirit that has been born with this guide: to show, simply, a representation of flowers of the island, as another reason or excuse to get to know and love this land