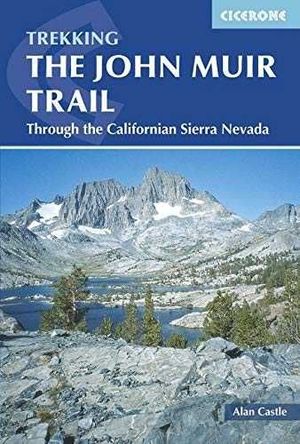 THROUGH THE CALIFORNIAN SIERRA NEVADA

The John Muir Trail (JMT) is a world-famous trek and North America's best known walking trail. It runs for 216 miles through California's Sierra Nevada mountains, from Yosemite Valley (El Capitan and Half-Dome) to the summit of Mount Whitney (14,496ft), the highest peak in the US outside Alaska. It also makes up part of the epic Pacific Crest Trail which runs the length of the Rockies through Canada and the US.

All you need to know to plan and prepare for your trip is contained within this guide, from obtaining trekking permits to buying trek food and forwarding food caches along the trail. Abundant advice is given on such topics as dealing with inquisitive bears, coping with altitude, negotiating river crossings, as well as tips on booking transport to and from the trailheads and on what equipment to take. In addition there is a detailed description of the flora and fauna of this remarkable region.

The walking trail, which is named after the great 19th-century Scottish naturalist, conservationist and writer John Muir, is entirely through the unspoilt wilderness of the American West and passes through three national parks: Yosemite, Kings Canyon and Sequoia National Parks. Information includes:

advice on preparation, including trekking permits, food caches along the trail and how to deal with bears and river crossings
variants and escape routes, camp sites, bear box locations and resupply points
ascent, descent and distance tables for all stages

Seasons
August is best, July normally fine but late snow may be a problem

Difficulty
spectacular, remote and risks of poor weather; backpacking throughout, carrying all required food; tough trekking but no route-finding difficulties; beware of bears!