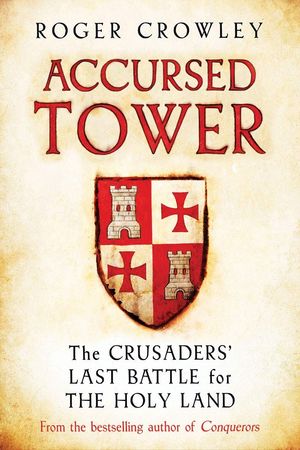 THE CRUSADER'S LAST BATTLE FOR THE HOLY LAND

The city of Acre, powerfully fortified and richly provisioned, was the last crusader stronghold. When it fell in 1291, two hundred years of Christian crusading in the Holy Land came to a bloody end. With his customary narrative brilliance and immediacy, Roger Crowley chronicles the tumultuous and violent attack on Acre, the heaviest bombardment before the age of gunpowder, which left this once great Mediterranean city a crumbling ruin. The 'Accursed Tower' was the focal point of this siege. As the last garrison of the Crusader defences, it came to symbolise the disintegration of the old world and the rise of a new era of Islamic jihad. Crowley's narrative is based on forensic research, drawing heavily on little known first hand sources, both Christian and Arabic. This is a fast-paced and gripping account of a pivotal moment in world history.