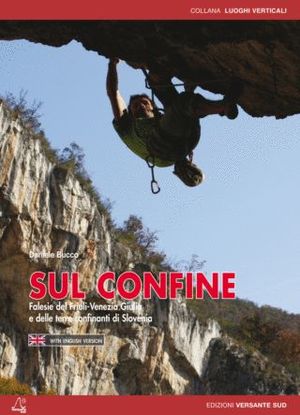 The history of climbing in Friuli Venezia Giulia is perhaps one of the most important in Italy seeing as it started with the famous mountaineers Comici and Carlesso, who “invented”, from the beginning of the last century, the Val Rosandra and Dardago as training grounds for the majestic walls of the Dolomites. This region, divided into three distinct areas, includes countless and often enchanting crags of various dimensions and styles, suitable both for beginners and for those who want to attack extreme grades. You go from the feared overhangs of Erto, known across the whole of Europe, to the small crags immersed in the woods of the Friulian Dolomites Park, to the rocks around Tarvisio and upper Carnia where the small limestone gem of Avostanis rises up, a high altitude crag among the most beautiful in Italy. The area around Trieste, rich with crags and really strong climbers, excels with the Costiera and Napoleonica, while just around the corner, over the border in Slovenian territory, the three huge crags of Osp, Misjia Pec and Crni Kal await, temples of European climbing, on whose walls the strongest climbers in the world test themselves.

A complete guidebook, the result of two years fieldwork with the help of a handful of trusted friends and the collaboration of some of the main bolters in the area but also of the courage to put yourself to the test with the faith of those who believe that the divulgence of this sport can lead to its growth as a sport but also culturally.

About the Author
Daniele Bucco, born in Pordenone in 1977, works as a labourer near Maniago where he took his first steps in the vertical world. He defines himself as a passionate all round climber, he boulders and crag climbs as his principle discipline, climbing routes up to 8b, but he doesn’t disdain mountaineering considering that the Carnic Alps and the Dolomites are so close. He is a FASI-UISP climbing instructor and President of the club A.S.D. Teste Di Pietra, a route setter for boulder competitions open to all and an expert on nearly all the climbing areas in Triveneto and many areas in Europe.