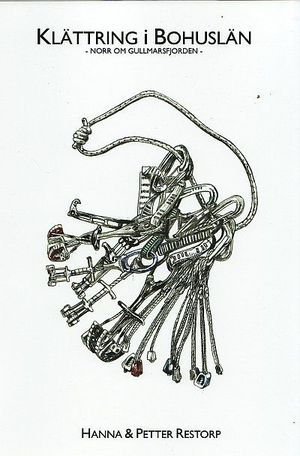 Bohuslan is in South West Sweden, close to the border of Norway and about an hour and half drive North from Gothenburg. The name of the area is the name of the region, much like we might use Peak District, Lake District or Snowdonia in the UK.

Until 2010, I'd say that this area was a totally unknown destination to anyone but Scandinavians and locals. Then the DVD Crackoholic was released. Remember Richard Ekehed from Hard Grit (who climbs Master's Edge)? He's one of the locals and invited a young Neil Gresham and Leo Houlding out to the area back in 1999, and I'd say they were probably some first visitors to the area from another country (other than Norway). It still is a very esoteric and under the radar area.
After the film came out I think it has grown in popularity, and word has trickled out it's a world class climbing destination. It remains quieter, less busy, and without the hustle and bustle of the more well-known European granite destinations (Val de Mello for example). Everyday life, climbing and things in general feel way more relaxed, less pressured and easy going. When you visit Bohuslan it's all about waking up and seeing what the day brings. It's a place to go and enjoy the climbing and have a relaxing time!
Whilst Bohuslan might not have the size and scale of other destinations (it's mainly single pitch climbing), what is does have is impeccable granite. Forget the quality of granite in Yosemite, Squamish, Mello, etc, Bohuslan is better. Huge statement that, I know - but I've said it. It is. The best granite and routes in Bohuslan easily match up to the best pitches I've climbed anywhere in the world.

The easiest area to compare it to in the UK would be The Peak District. Replace the Gritstone with granite, the crowds with a few Scandinavians and scattered cattle and you've got it. A very green landscape is dotted with small crags, which are in farmers' fields and on small hillsides with easily accessible approaches. However, Bohuslan certainly has a few quirkier locations, including granite crags which come straight out of sandy beaches right next to the sea. Pretty amazing!