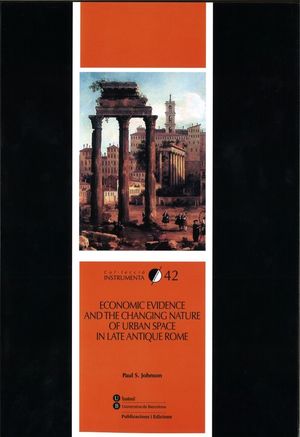 Economic Evidence and Changing Nature of Urban Space in Late Antique Rome by Paul Johnson, is an innovative study that focuses upon the relationship between the importation of amphora-borne foodstuffs, their distribution and discard within the City and what this tells us about changing uses of urban space between the 3rd and 6th centuries AD. There have been a number of archaeological studies of late antique Rome in recent years, most notably Roma dall’antichità all’alto Medievo I and II, as well as a long tradition of studies that have focused upon the pattern of imports to the City. However the relationship between imported foodstuffs and the City as an urban unit has not been so well served.