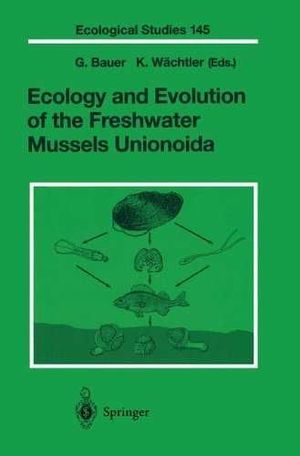 ECOLOGY AND EVOLUTION OF THE FRESHWATER MUSSELS UNIONOIDA *

All those who think that bivalves are boring are in the best company. Karl von Frisch is reported to have turned the pages more quickly in texts where bivalves were treated because, according to him, they literally lack any behaviour. The fact that they can filtrate huge amounts of water, burrow into the sedi­ ment, actively swim, drill holes into rocks and boats or detect shadows with the aid of pretty blue eyes located on the rim of their mantle obviously left v. Frisch unimpressed. Why, then, a book on the large freshwater mussels (Naiads or Unionoida), which on first sight are much less spectacular than the marine ones? The main reason is that they are keepers of secrets which they reveal only on close and careful inspection. This is not only true for the pearls some species produce and which over centuries have contributed to the treasures of bishops and kings, but particularly for their ecology: their life cycles are linked with those of fishes, some can occur in incredible densities and some can live for more than 100 years. Thus, the presence or absence of naiads in a lake or stream has manifold implications.