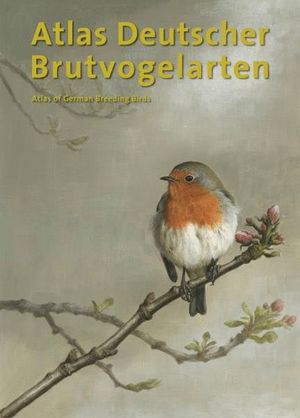 The Atlas of German Breeding Birds (Atlas Deutscher Brutvogelarten: ADEBAR) represents the first systematic and uniform approach to the recording of Germany’s breeding birds. There are 280 breeding bird species in Germany. Of these, 248 native and 20 non-native species occurred as regular breeding birds in the majority of the mapping years. For a further 12 species (7 native, 5 non-native) records of breeding were only obtained for a single year or for a few years only. The most common by far are the Common Chaffinch and the Common Blackbird, each with a mean of over 8 million territories, followed by the Great Tit with more than 5 million territories.

Together with a further 19 species, each of which number more than 1 million pairs or territories, these make up 80% of all breeding birds. On the other hand, many species are rare or in decline, as the Northern Lapwing. The Eurasian Golden Plover, the Woodchat Shrike and the Aquatic Warbler are on the edge of extinction. Only strict protective measures may preserve these species from complete disappearance in Germany.